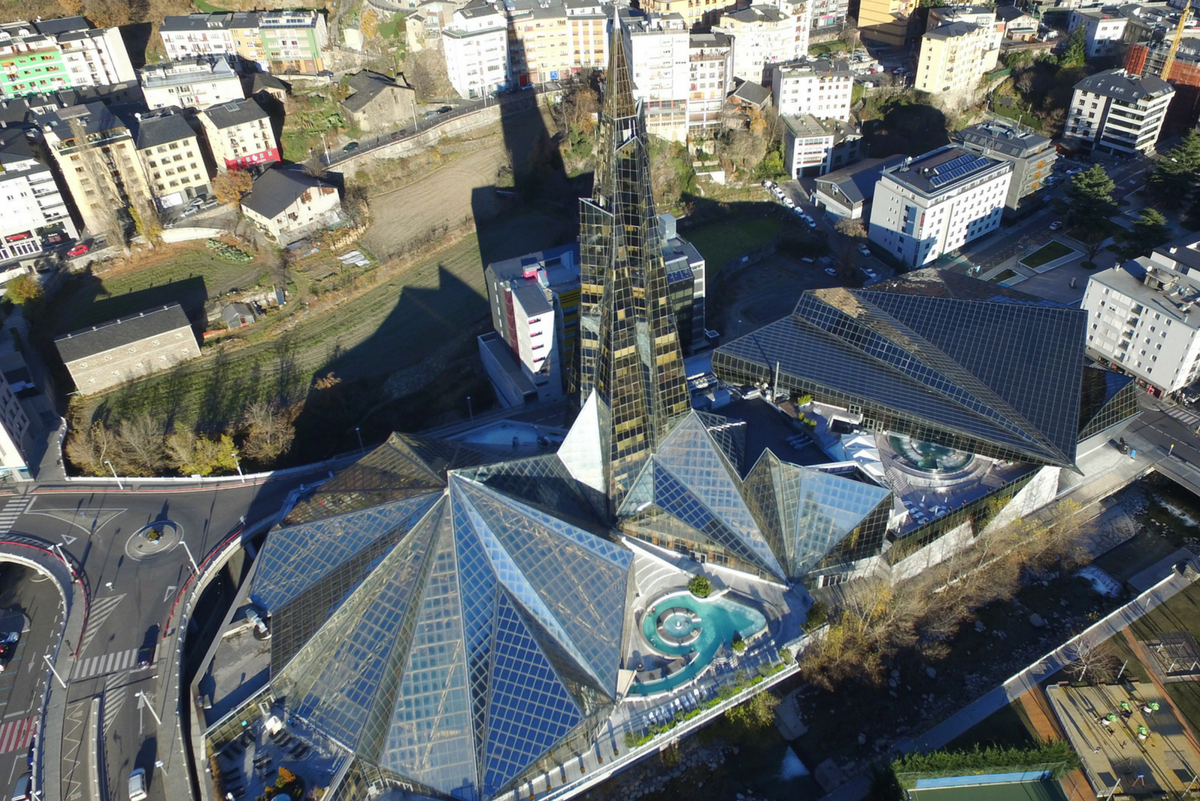 In the year of our 25th anniversary, we mustn’t forget to mention something that has secured its place as an Andorran icon: our tower. When we talk about Caldea, we not only speak of our thermal waters but also our unique architecture. The building and the tower are essential elements of our one-of-a-kind spa, which has already become part of the Andorran landscape.

In fact, it is the tallest building in Andorra, with fourteen floors and an overall height of 80 metres. During its creation, architect Jean Michel Ruols drew inspiration from the towers of San Francisco and London. Like the rest of the building, our tower is covered in glass which, like a mirror, reflects the mountains and the surrounding scenery.
In the early days, a lot of people wondered what this strange building was and they were struck by its presence in the centre of Escaldes-Engordany. Its shape led many to believe that it might be a church. Over time, everyone has come to know that it is Caldea and it’s already become an essential part of the country’s skyline.
If you’ve already visited Caldea, you probably agree. Our tower can be seen from anywhere in the city centre. And once you’ve spotted it, all you need to do is set off in that direction and you’ll be at the thermal spa in 5 minutes.

Since last year, the tower has been lit up every night once the sun sets. And that’s how the show begins, thanks to an LED lighting system positioned vertically around the tower’s joints. The illumination of the tower has also been integrated into our music shows, which are performed during high season in Inúu. As the music flows from Javi Lin’s electric violin, the tower’s lights flash on and off and change colour across all 80 metres of its glass facade.

One last interesting fact: did you know that a few days before Christmas Santa Claus climbs down to meet the children who are eagerly waiting at the bottom to give him their letters?

Were you aware of our tower’s history? Next time you visit, don’t miss the chance to take a photo outside or while you’re bathing in the outdoor lagoons. And remember to tag us using #torrecaldea