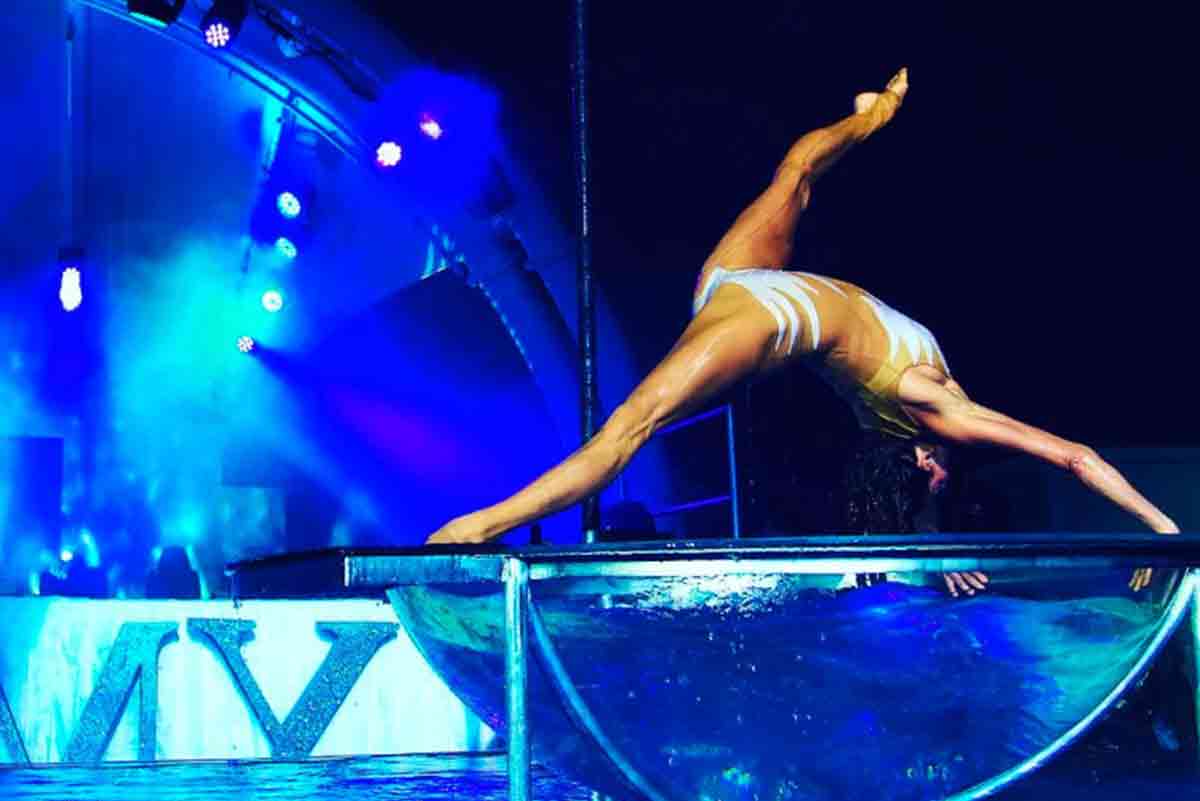 There are few places in the world where you can experience nights as magical as the ones at CALDEA. Everything shines, from our tower, which is illuminated in spectacular fashion every night, to the lights that fill the indoor and outdoor lagoons with colour, and during August these attractions will be joined by two shows that will make you shiver with emotion. CALDEA is a spa unlike any other spa!

From the 4th to the 25th of August at 21:20, the Inúu space will be the luxurious setting for a series of electronic violin concerts performed by Javi Lin (a finalist of Telecinco’s “Got Talent” series) which will synchronise with the illumination of the tower
Enjoy summer nights on our outdoor terrace with masterful interpretations from the renowned violinist, and savour one of the cocktails that are included with your admission.

Space, the summer show in Thermoludic

After the concert in Inúu, the show continues at around 22:00 in Thermoludic’s central lagoon. Javi Lin will return to delight us with the melodies of his violin in a new show created by Jose Pozo’s team and his production company Imminent Productions.
SPACE is an Aquabowl & Pole show that is being re-released with the help of acrobats Paola Quistini and Ada Ossola, both of whom will be mesmerising us with their acrobatics with accompaniment from young Javi Lin and Sílvia Carbajal’s electric violin. 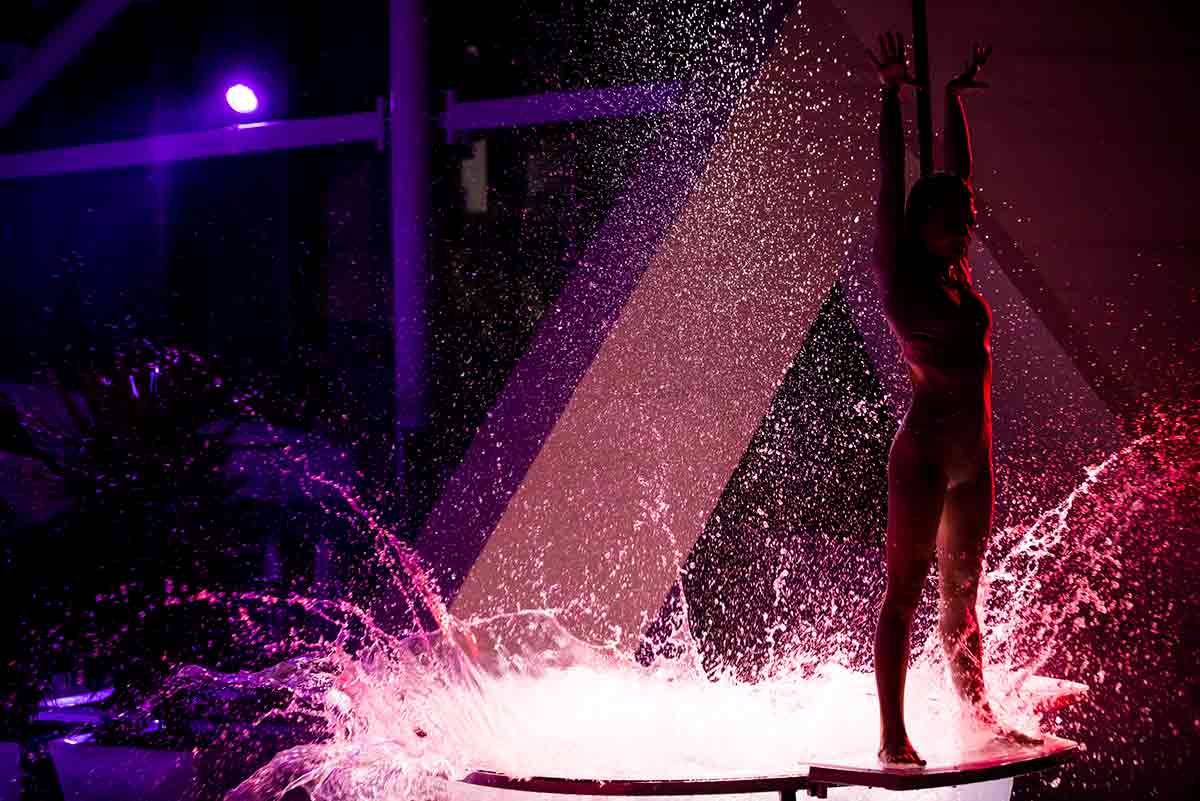 Make a note of this summer’s night shows:

Where: Inúu’s outdoor terrace
When: from the 4th to the 25th of August at 21:20
The plan: An electric violin concert with a cocktail. And afterwards, if you’re in the mood, you can join the party in Thermoludic!

Where: Thermoludic’s central lagoon
When: from the 4th to the 25th of August at 22:00
The plan: SPACE, the new Aquabowl & Pole show, accompanied by the melodies of Javi Lin’s electric violin.

Don’t hesitate, book your admission to Thermoludic + show or Inúu + show now. Nights at CALDEA are unmissable this summer, don’t wait to hear about it from someone else!