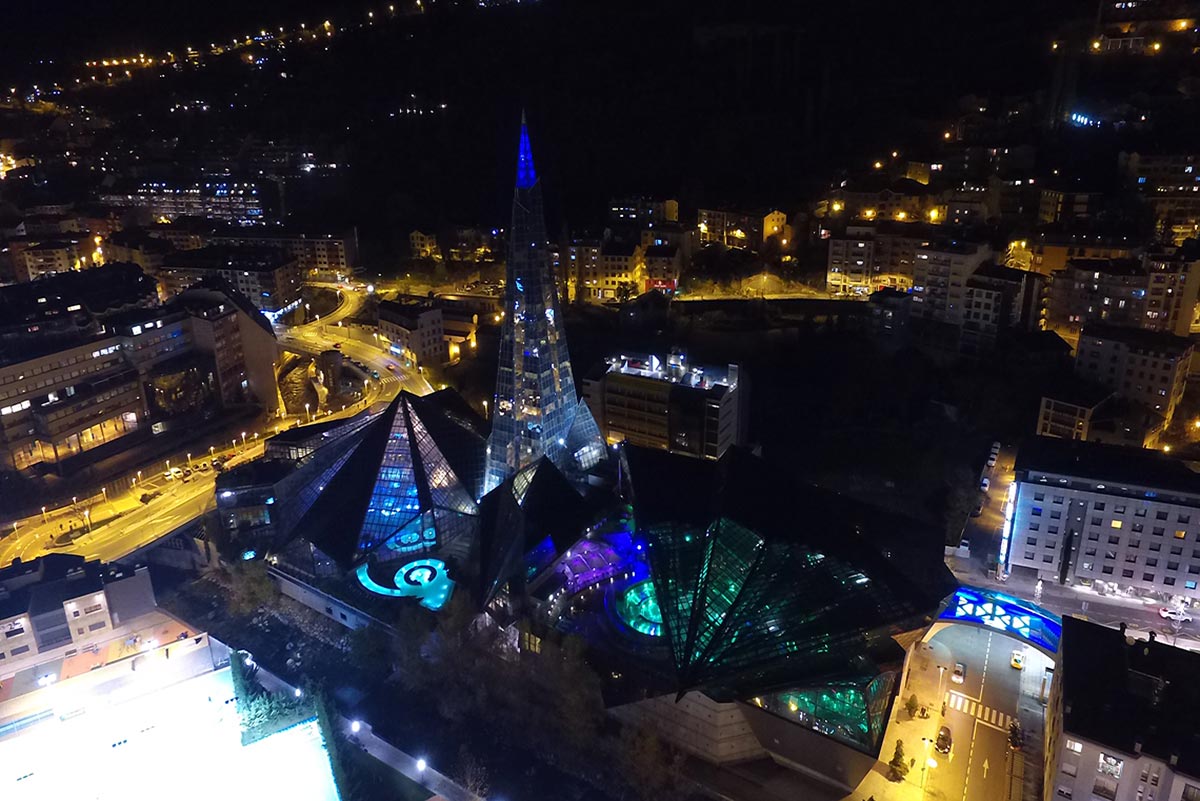 San Joan, one of the most magical nights of the year is just around the corner, and we have a plan that will let you enjoy it like never before.
Would you like to hear our suggestions for the night of 23 June?

Fireworks from a Jacuzzi

Doesn’t that sound like a unique experience? We’re sure you’ve seen fireworks before, but were you surrounded by bubbles in an outdoor Jacuzzi? Have a seat, relax and enjoy this unique show as you bid farewell to the shortest night of the year.
And while you’re waiting for the sky to flood with colour, don’t miss the interplay of lights on our iconic tower.

If you’re already imagining yourself enjoying this night, take advantage of the offer we have prepared for the occasion: night-time admission to CALDEA (from 10 p.m. to midnight) during which you can enjoy the outdoor fireworks show and discover the Origins area and its themed baths (grapefruit, Aztec, etc.) completely free. Book now for only €32.50!
And you can keep the party going when you leave Caldea at midnight! Join the popular dances that can be found in Escaldes-Engordany, Andorra la Vella or the other parishes and don’t miss the traditional coca and muscatel .

The “Flama del Canigó” (Canigou Flame) is a Catalan tradition dating back to the 1950s which is linked to the summer solstice. Every year, between 22 and 23 June, a huge beacon is lit on the summit of Canigou (a 2,784 m peak located in Roussillon in the South of France) which is then used to light the Sant Joan bonfires in the surrounding towns and cities. Volunteers use torches to carry the fire from the summit to strategic points across the Catalan countries, where more volunteers arrive with new torches that are used to light each of the bonfires that will brighten up the first night of the summer.

Night of falles and fire

On 1st December 2015, “The summer solstice fire festivals of the Pyrenees” (which includes Andorra la Vella) were included in the Representative List of the Intangible Cultural Heritage of Humanity by UNESCO.
The falles begin in plaça del Puial with the baptism of fire, where children aged 16 go from “rolling light” to “burning falles with fire”. The traditional falla is used for the baptism of fire and the fallaire major (fire-runner), along with the team that helped find the ring of Fontargent, continue the ritual in the same square.
This is followed by the Falles route through the streets of the Historical Centre of Andorra la Vella and the squares where this tradition was once celebrated: Puial, Font de la Call, Pui, Consòrcia, Sant Esteve and Príncep Benlloch—in front of the Comú d’Andorra la Vella—where the music accompanies the movements of burning fallaires. The second part of the route runs from Cap del Carrer to Plaça Guillemó, where the Sant Joan bonfire is lit using the falla and the witches’ dance of Andorra la Vella Esbart takes place.

Whether you’re in the falles with the fire just a few metres away, on our terrace or in one of our outdoor Jacuzzis, Sant Joan is a night filled with unique experiences which welcome the summer to Andorra. Don’t miss them!