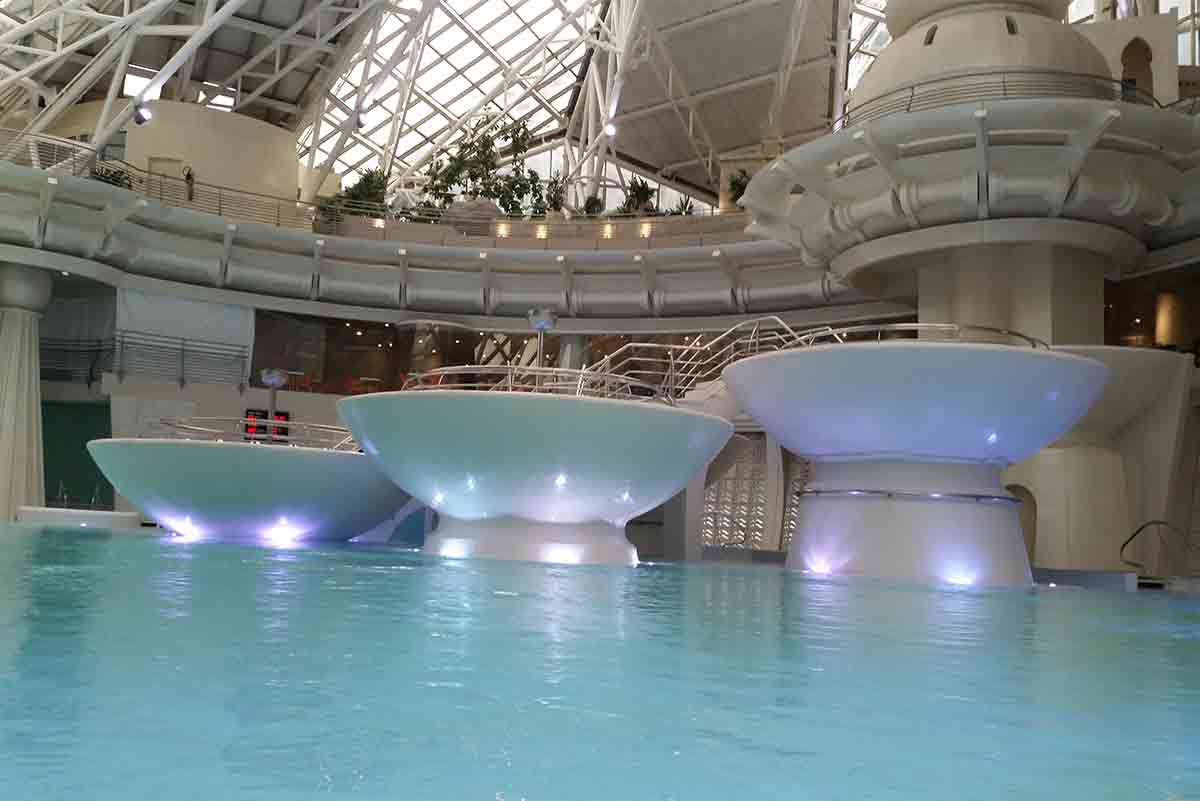 CALDEA is a spa that’s unlike any other spa… if you’ve ever been here then you’ll know what we’re talking about 😃 But, have you ever wondered where the word SPA originates from? Is it a word in itself, or an acronym that stands for something else? Read on to hear the story behind these 3 letters.

Belgium: the most likely birthplace

Most experts agree that the word originated in the Belgian town of Spa, which has been famous for its thermal baths with healing powers since antiquity. It was frequented and lauded by the nobility, who eventually passed on its name to all similar establishments. So now you know, in Belgium, along with great chocolate, you can also enjoy thermal waters.

Alternative theories suggest that the word SPA is an acronym of the Latin phrase Salus/Sanum per aquam or Sanitas per aquam, which translates as “health through water”. Many historians argue that it was originally coined in the Roman Empire and that it has been found inscribed on the walls of ancient Roman baths. The term could also have come from the Latin espargere, which means to pour or sprinkle.

From Belgium to ancient Rome via Great Britain

No, we’re not going on a trip 😃 but by researching some other theories, we find that another possible origin could be a derivation of the word espa, which in the ancient Walloon language means “spring”. Or it may come from spaw, an Old English word derived from Walloon, which is still being used as a synonym for spa in dialects from the north of Great Britain (in the county of Yorkshire for example).

Whatever the true origin of the word SPA is, you can be certain that you will enjoy thermalism in an unconventional way at CALDEA. Discover a unique proposal where contrasts will be the common theme of your Andorran thermal experience. Are you coming?