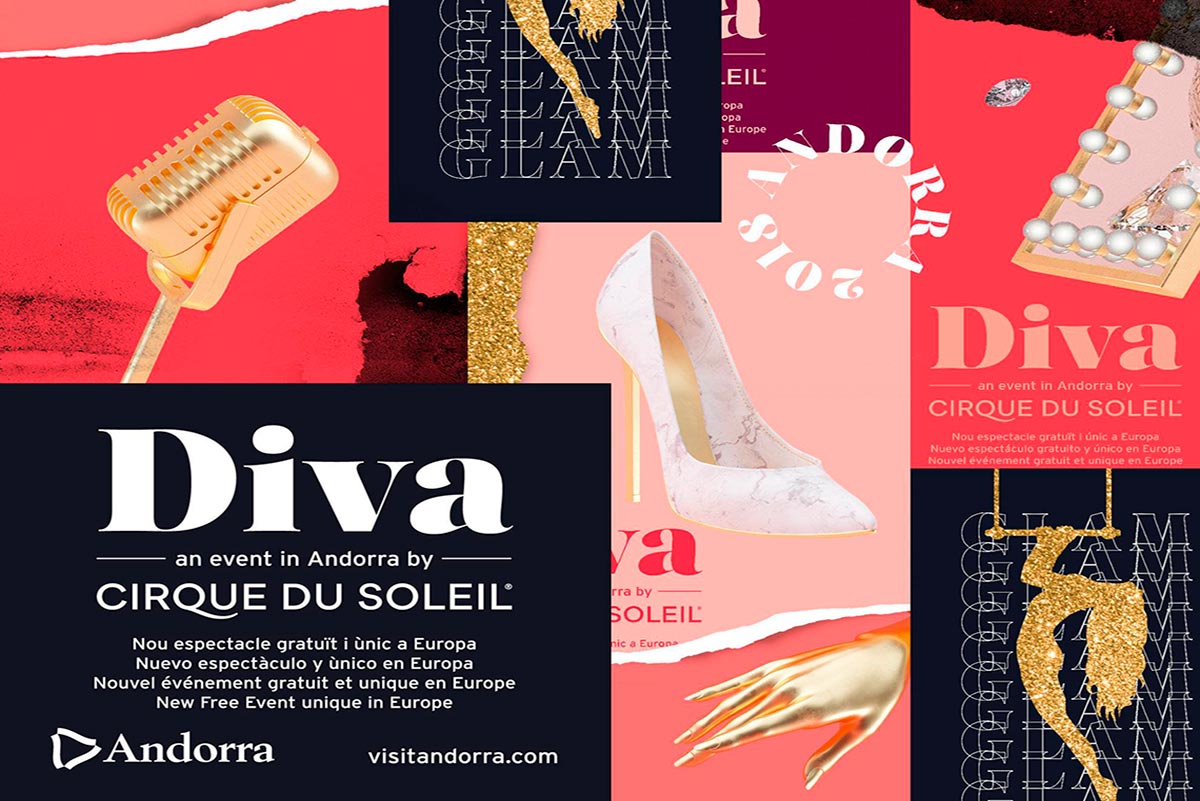 With less than a month to go until the premiere of Andorra’s summer extravaganza, Cirque du Soleil is revealing more details about DIVA, the unparalleled show they will be putting on from 30 June to 29 July. The stage show will be based on the music of artists from the last 50 years, including a dozen legendary divas who will accompany the spectators as they witness the incomparable acrobatics that are currently being rehearsed in Montreal.
What is the star, Roze, like? What will be the highlights of the production? What costumes and acrobatics will we see on the stage?
Read on to find out everything they have told us…

The power of music

Jean-Phi Goncalves (a musician, composer and director who emerged from the Quebec scene) will skilfully highlight the biggest successes of the female artists who make up the DIVA line-up. A musical montage with a DJ percussionist and two singers who will take to the stage to perform incomparable renditions with nods to soul, pop, hip-hop and gospel.

DIVA explores the transformational power of music and takes the viewers on a journey to rediscover classic songs that were performed by the biggest music stars of their day. During the production we will follow the story of Roze, a woman who epitomises the DIVA archetype: an exceptional woman who is full of character, determined yet vulnerable, aware and irreverent. A women with a unique charisma that will immerse the audience in an emotionally charged musical story that unites 24 legendary artists on the stage.

The setting: a surrealist universe

The set designer, Alexis Laurence, specialises in combining art and technology to design and create video sets and attractive visual settings. He is bringing a surprising stage proposal with him as he returns to Andorra; to let the public into the mind of Roze, he will create a surrealist universe in which optical illusions and volumes interplay within the framework of a modernist aesthetic of monochromatic pink tones.

Fashion and streetwear on the stage

The wardrobe for DIVA is the work of Nicholas Vaudelet, a prolific designer who trained with the biggest names in fashion: Christian Lacroix, Christian Dior, Louis Vuitton, Givenchy, Sonia Rykiel and Jean Paul Gaultier, among others. For the show, he proposes a fluid and airy wardrobe for Roze that emphasises the inner strength of the Diva, while at the same time bringing a modern charm and a touch of glamour to the production’s visual universe.

The acrobatics: a fusion of urban dance and circus numbers

The choreography and acrobatics in DIVA are designed in the image of Roze and her formidable character. Disciplines like trampo-mur, exercises in the air and contortion blend with krumping and voguing in a setting where ferocity and strength rule.
At the moment, we still don’t know which Divas will be included in the show, but we can predict that this event will make us move to the rhythm of the music of the greatest performers of the last 50 years.
If you don’t want to miss out and you also want to enjoy our thermal waters, we have a range of offers for Cirque du Soleil, both with and without a hotel, where admission to CALDEA is also included. Don’t wait around, these offers are running out!