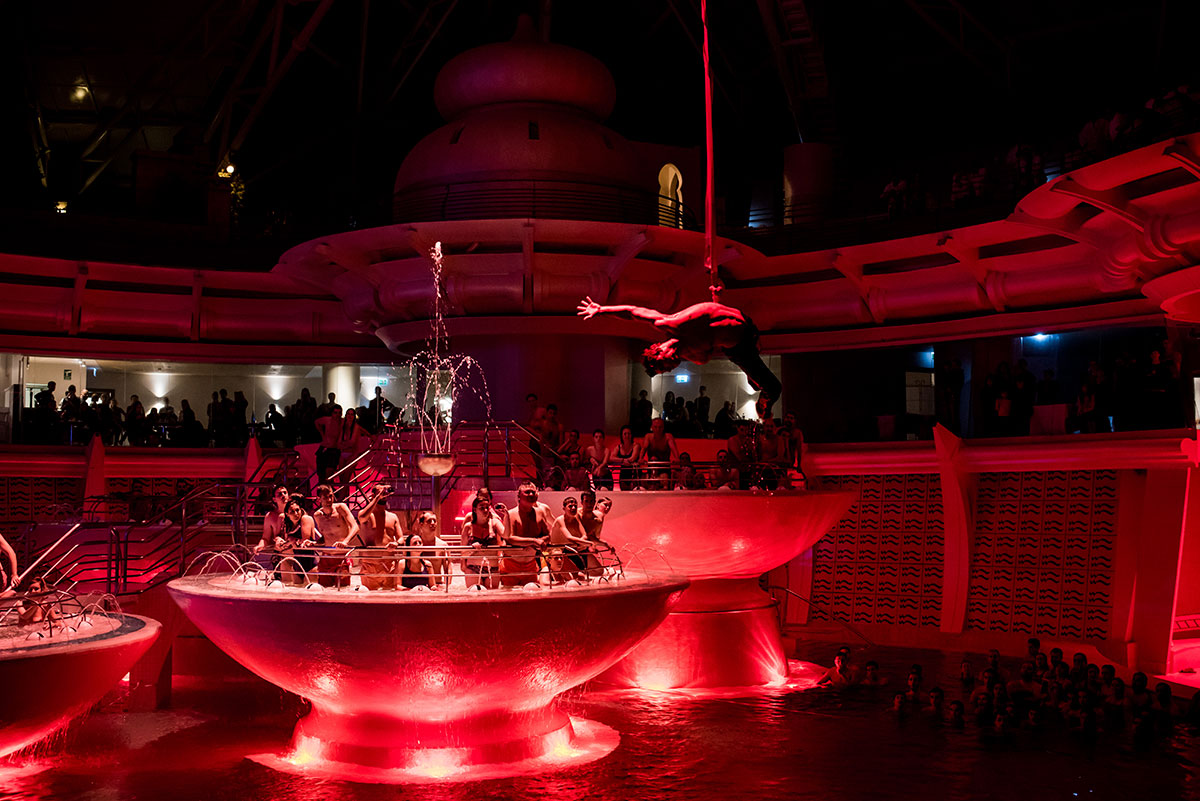 During the Pilar long weekend we premiered and filmed Aküa, the new live show that will make autumn and winter nights in Caldea even more thrilling. As is customary with our previous shows, the audience not only enjoyed the performance but also moved to the sound of the rhythms that filled Thermoludic’s central lagoon.

Silk acrobatics for the shorter version

Two different versions of Aküa will run throughout the year. The light version was the one that premiered during the Pilar long weekend, and it will also be performed during the All Saints long weekend (Saturday, 3 November) and the December long weekend (6, 7 and 8 December). This show, which will be performed at 21:40 in Thermoludic’s central lagoon, will feature ambient music, the interplay of light and water, and a performance from an acrobat who specialises in silks.

The extended version of Aküa will be released at Christmas

From 27 to 30 December, in the same place and at the same time, the extended version of Aküa will be performed to our eager audiences. On these dates, Javi Lin and his electric violin will fill Thermoludic with live music, while 4 dancers from the Iron Skulls Co company will delight us with their contemporary dance and breakdance routines. The show will be completed with a video that will allow the spectators to see how the artists travel through our different areas, appearing and disappearing from Caldea’s main lagoon before reappearing on a huge LED screen.
This show will be available on 2, 3 and 4 of January 2019.

Get night admission to CALDEA for the upcoming autumn and winter long weekends, and enjoy an incredible experience in Thermoludic’s lagoon. Are you ready?