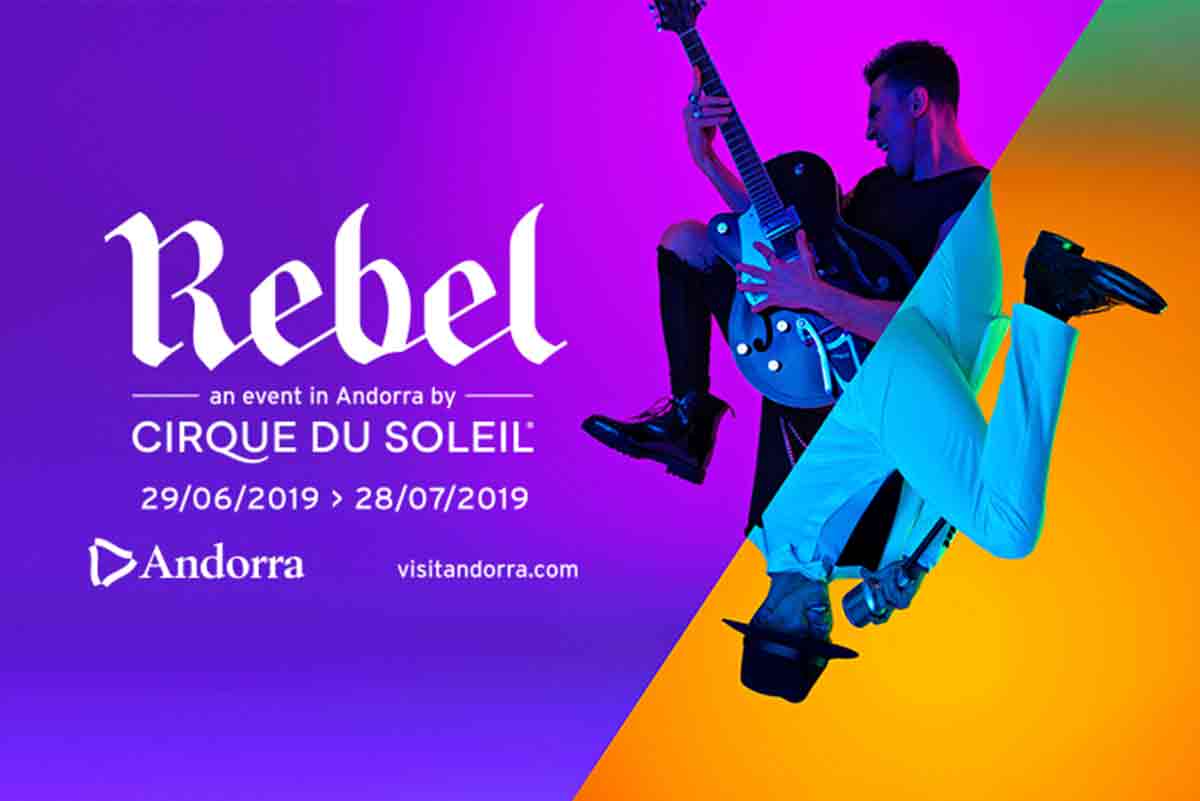 If there’s something that Cirque du Soleil is famous for, it’s creating spectacular productions all across the world that leave audiences with their mouths wide open. But, have you ever asked yourself “who is backstage?”, “how many people are involved?” or “who are they?”

The “stars” that shine behind the scenes:

In the director’s chair is Lydia Bouchard, who has been part of Cirque du Soleil since 2009 when she started working on staging and choreography. Her career, which began 17 years ago, has always been tied to the world of classical dance and musical theatre, collaborating with great choreographers and artistic directors. Alongside other professionals, she has created this new show which will be performed this summer in Andorra.

Another of the key figures behind this show is the person responsible for designing and constructing the stage where the story will unfold. Stage designer Simon Guibault, who has strong connections with the world of theatre and dance, has been working on the Canadian circus company’s other shows since 2017, along with other internationally renowned big theatrical productions.

Music plays a leading role In Rebel, so Jean-Phi Goncalves was chosen as the musical director thanks to his impressive career in the industry. He was the founder of groups like Plaster and Beast, among others, and he has launched music production companies and written soundtracks – a passion he discovered in 2010 which redirected his path towards this current direction. He will also be responsible for reinterpreting the music of another of the company’s shows: Alegría.

Erwann Bernard is a leading lighting designer who started working with Cirque du Soleil in 2018. Since his career began in 2006, he has worked on many theatrical projects in Montreal and France, and also the Dubai World Cup.

Behind the impossible pirouettes, vertigo-inducing leaps, and even the contortions that dazzled us in July, is Spaniard Edesia Moreno. She has been creating acrobatic performances with the company since 1998. After being part of the national rhythmic gymnastics team, she transitioned to the role of artist and has collaborated on shows like Strombolica.

A key figure in any big production is the makeup director, who brings life to the characters in accordance with the story and all its constituent elements. For this show, the role has been filled by Audrey Toulouse, who displayed her talent for artistic makeup, airbrushing and special effects last year in Andorra with the Diva show.

Cirque du Soleil entrusted Nicolas Vaudelet with creating the costumes for this year’s show. He has extensive experience at major fashion companies including the likes of Christian Lacroix and Jean-Paul Gaultier, among others. He has also been responsible for designing the costumes for Madonna’s Confessions tour, Joaquín Cortés, the Lido de Paris, and many other notable projects. For Rebel by Cirque du Soleil, he has taken inspiration from the great classics of fashion to create costumes with transparent textures and optical illusions. We can expect to see a retro and romantic rocker look reminiscent of the biggest names in rock music.

So, as you can see, as the date of the premiere draws closer we are getting more information and starting to learn a little more about Rebel. We also previewed some other details a few weeks ago, which you can see here. And we’re sure that we’ll be able to reveal more insider information soon!

Caldea + Rebel: the best offer for enjoying the Show.

We’ve prepared an irresistible plan so you can experience an unforgettable summer getaway to Andorra. Start by bathing in Caldea’s thermal waters with a 3-hour admission to Thermoludic, or, you can spend 4 hours in Inúu if you’re visiting as a couple and want to have a more relaxing experience. Afterwards, it’s time to be amazed by the new Cirque du Soleil show. And when the next morning arrives, you can regain your strength with a good breakfast after a peaceful night in a central hotel. What do you think, are you in?