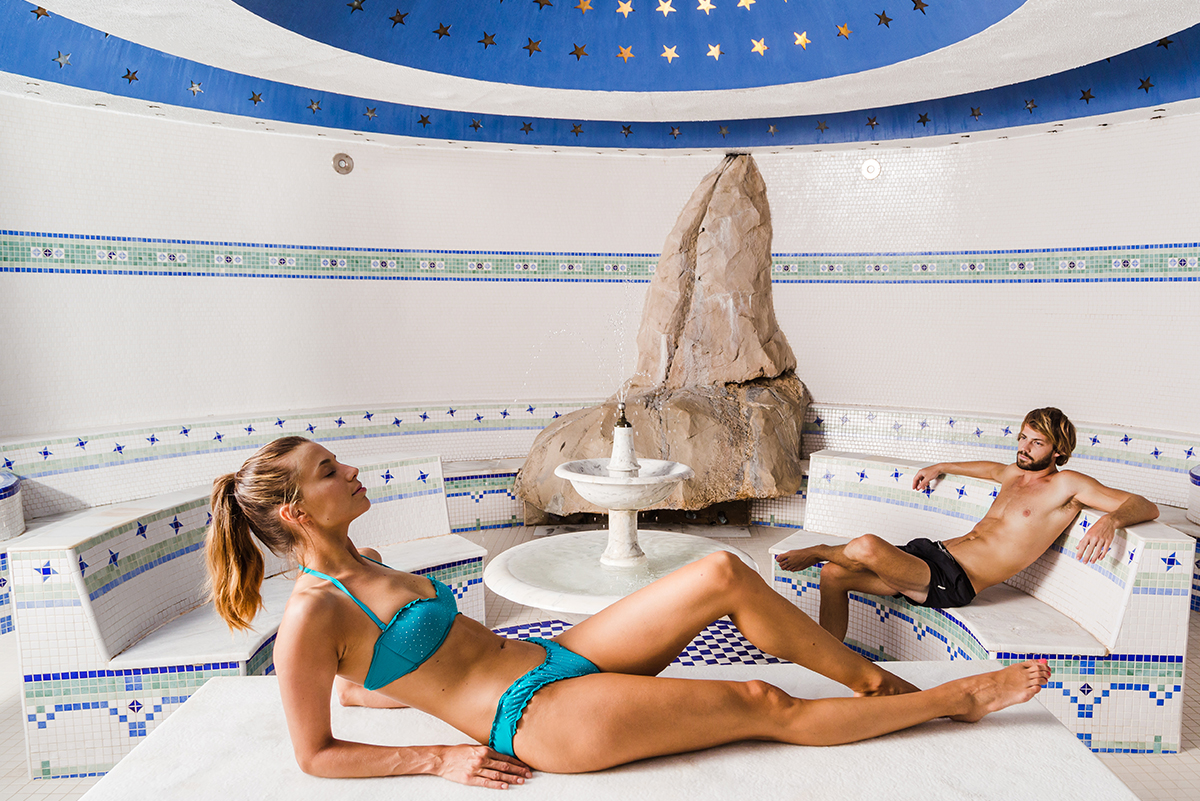 We bet that every time you have visited a spa you have come across a hammam, and you may have even been inside one. But… do you really know about their benefits and origins? Below we explain everything about these Turkish baths so you can make the most of them on your next spa visit.

Contrary to popular belief, the hammam (حمّام in Arabic) was not invented in Western Asia, but was adapted and evolved from Roman baths. Like its predecessor, this type of bath was a meeting place where citizens congregated and socialised, a practice that spread throughout the Middle East until it reached Al-Andalus. Travellers from other cultures who visited these places decided to introduce this practice in their home countries, which made it popular in Western Europe during the 19th century.

How does it work?

Turkish baths involve three elements that will combine to make you feel brand new.
The temperature: heat activates the circulation, which provides more nutrients to the nervous and endocrine systems. This will relieve any discomfort in your muscles and relax your body.
Steam: if you want to achieve super smooth skin, steam is your closest ally! Your pores will open, and toxins and impurities will disappear. After leaving the hammam you will have a soft and clean complexion.
Eucalyptus essence: this ingredient—which can be found throughout the environment and may seem like just a pleasant fragrance to you—will permeate your lungs and help you to breathe more easily. Say goodbye to colds!

Will this be your first time in a hammam? Or do you want to try it again after reading about them? Well, you’re in luck! At CALDEA we have not one, not two, but three hammams, each with its own design and atmosphere.
Enter the hammam in Thermoludic and gaze at its star-covered ceiling, stretch your legs in the seats of the hammam in Origins, or discover colour therapy in the INÚU hammam.

Which of the three do you want to visit first?